Jump to Content
Due to the COVID-19 pandemic, cloth face coverings must be worn at all MRCA facilities including parks, trails, coastal accessways, and overlooks. Many park amenities such as picnic tables and drinking fountains are not available.
Next Board Meeting & Agenda | Translate
Translate Disclaimer

For environmental documents, please see our Land Use and Planning Documents page.

Taylor Yard is a critical site for restoration of the Los Angeles River watershed, and the G2 Parcel was acquired by the City of Los Angeles in March 2017. The 42-acre site includes nearly one-mile of river frontage along the soft-bottom portion of the River. In 2019, the MRCA acquired a permanent multipurpose easement over 12.5 acres of the G2 Parcel. Immediately adjacent to the north lies an 18-acre parcel owned by California State Parks that remains undeveloped and increases the expanse of river frontage to over a mile. This large area has the potential to treat regional stormwater flows and therefore can impact the long-term water quality of the Los Angeles River.

The City of Los Angeles, California State Parks, and MRCA are actively coordinating together along the Los Angeles River and have signed a Letter of Intent to form the 100-Acre Partnership at Taylor Yard. The partners will formally work together to collaboratively plan the largest, continuous, natural open space along the River. The Partnership concept evolved from community and stakeholder feedback and the critical need for a coordinated planning and improvement approach across the 100-acre Taylor Yard site. In reality, the Partnership cannot succeed without a fourth partner, the community.

For more information and to stay updated on the project, visit 100acrepartnership.org. 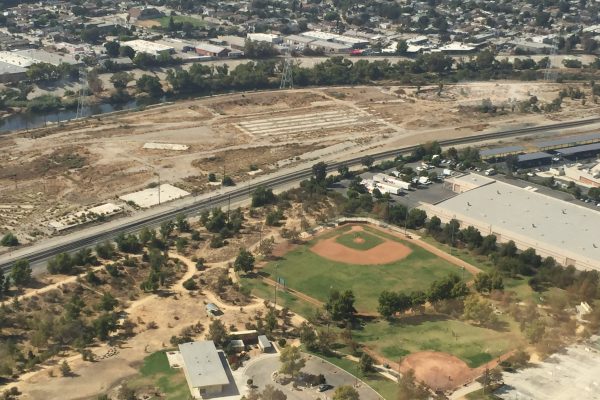 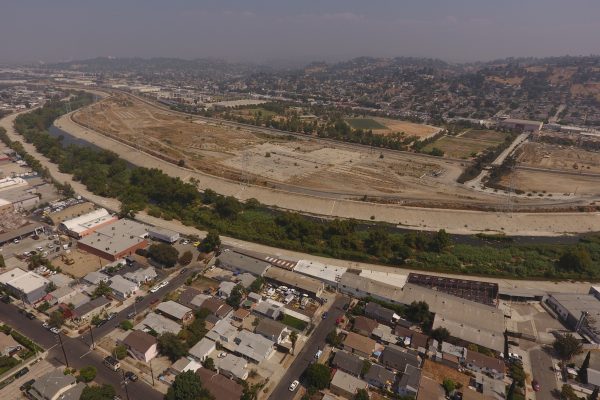 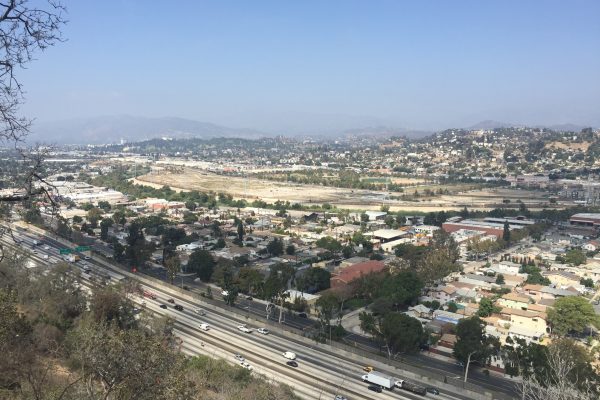 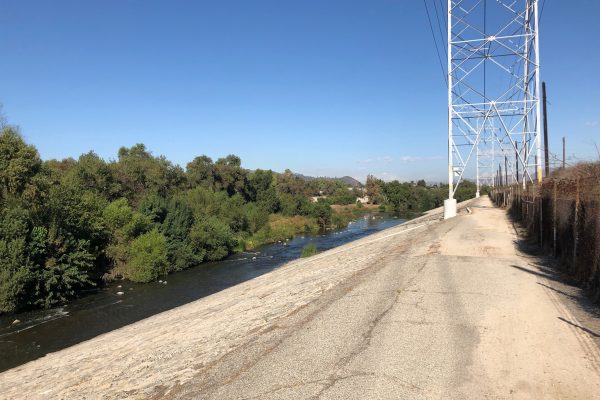 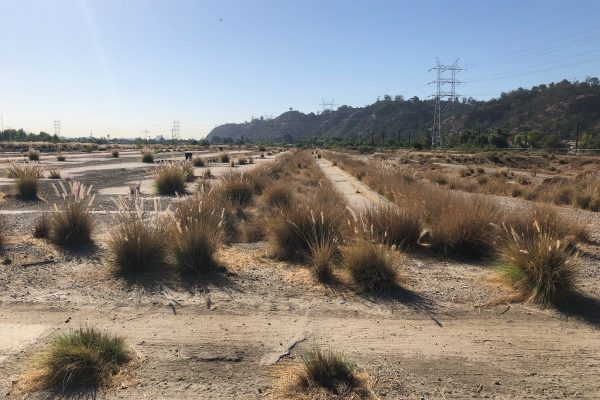 In partnership with Los Angeles County Trails and volunteers from the Altadena Crest Trail Restoration Working Group, MRCA is working to build two trail connectors in northwest Altadena. The two trail connectors will provide access to the Altadena Crest Trail and Chaney Trail, as well as the Angeles National Forest’s extensive network of trails. The completion of this long-awaited project represents the conclusion of various legal disputes that back more than two decades.

Both trails traverse complicated, rough, and steep terrain, sensitive habitat, and are geographically constrained by easement limits. MRCA is partnering with Outward Bound Adventures, a non-profit organization which engages inner-city youth to help promote stewardship of open spaces, to build the eastern trail. This opportunity will allow the OBA youth to develop their skills and understanding of team building and leadership, technical trail construction, stewardship, and outdoor careers in conservation. 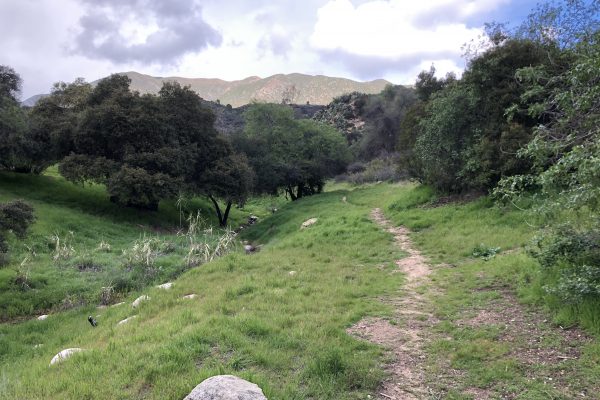 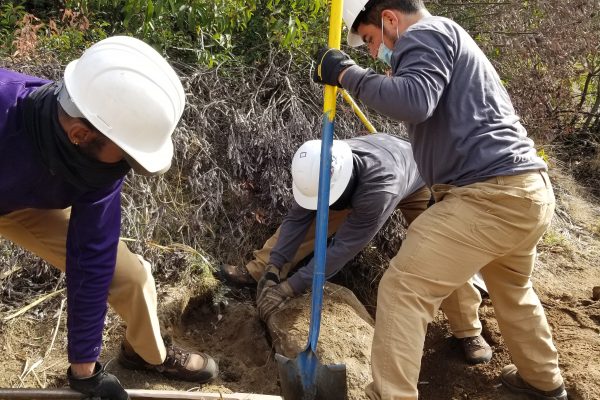 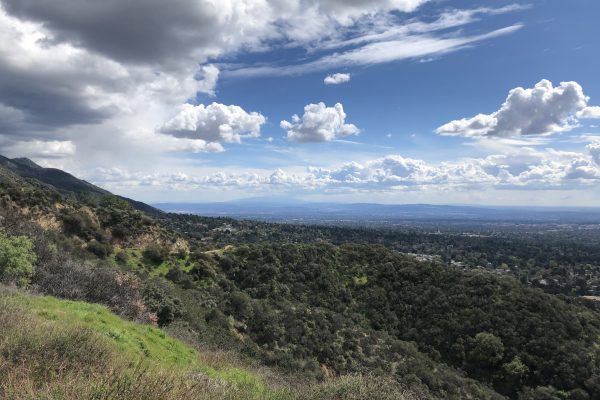 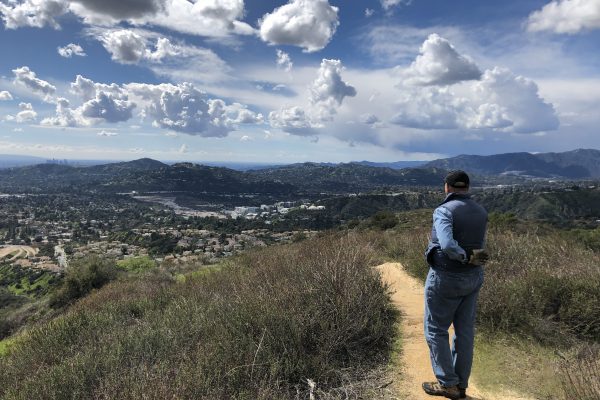 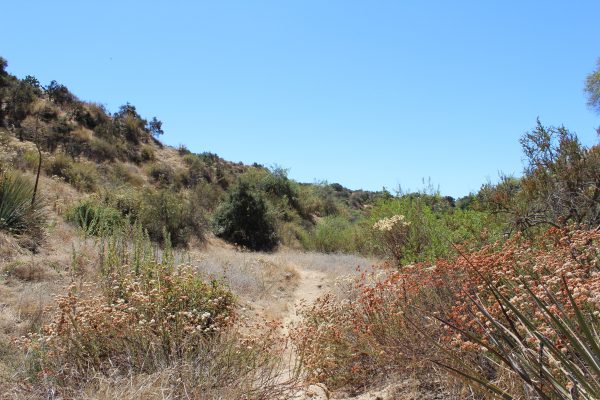 State legislation created a Working Group to develop the Upper Los Angeles River and Tributaries (ULART) Revitalization Plan to be administered by the Santa Monica Mountains Conservancy. The appointed group was comprised of representatives from the State of California, Los Angeles County, and the cities adjoining the Upper L.A. River, along with community leaders, and was assisted by non-government organizations helping as partners in outreach and engagement. Over a period of 20 months, the Working Group convened 33 public meetings to gather feedback and design a collaborative, inclusive planning process. The Working Group solicited ideas and input from the community, listening to area residents and stakeholders talk about their vision for the river and tributaries. 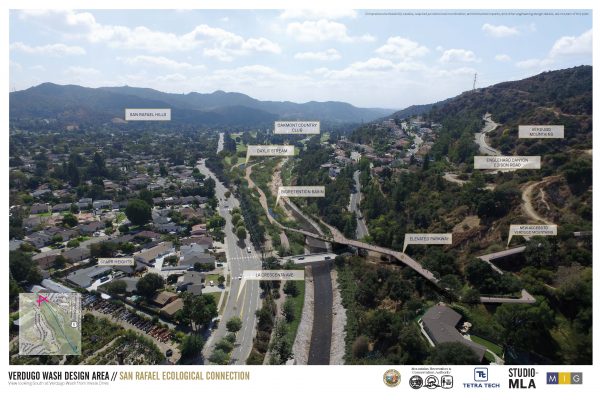 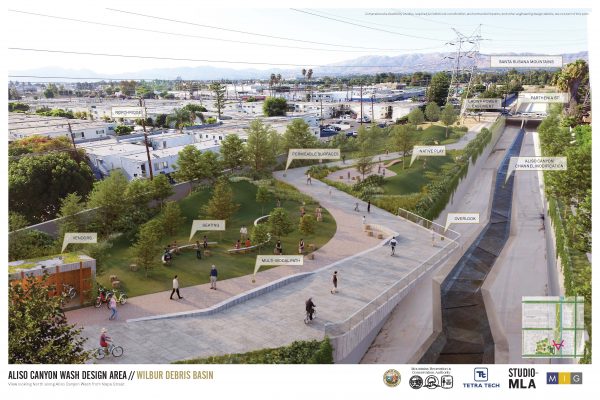 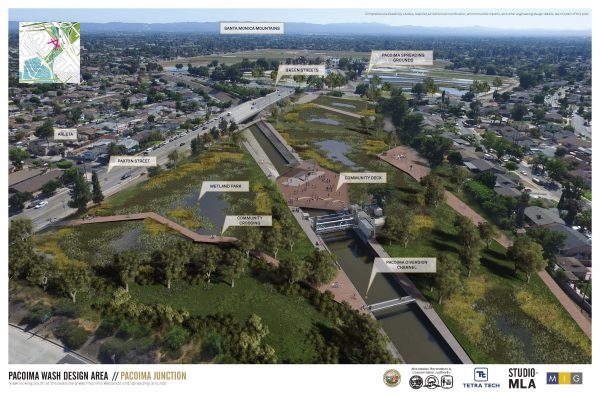 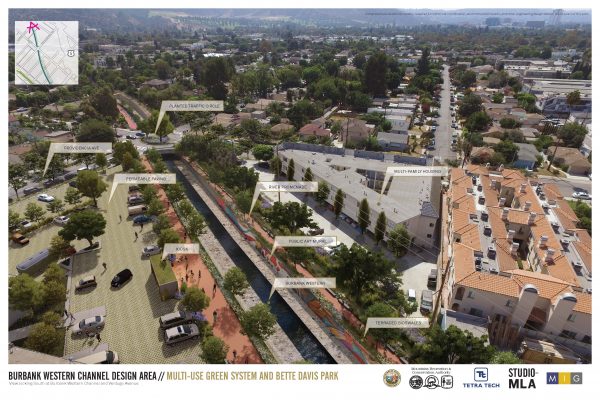 El Dorado Park, adjacent to Pacoima Wash in the park-poor Upper San Fernando Valley community of Pacoima, will convert a vacant 1.2-acre site owned by the City of Los Angeles into a multiple benefit natural park. MRCA’s improvements will convert this vacant site into a multiple benefit public park with new recreational, educational, and water-quality improvement features. Future park elements will include walking and nature trails, free-play meadow area, exercise stations, and picnic and community gathering spaces that are supported by new entry plazas. This project is a partnership between MRCA and the City of Los Angeles.

The project is part of the larger vision to create a bike path and multi-use trail along Pacoima Wash. When the trail is completed, El Dorado Park will become a regional amenity for the Upper San Fernando Valley. New parks and greenway paths along Pacoima Wash will streamline transportation between open spaces, such as Pacoima Wash Natural Park, and local residential communities. 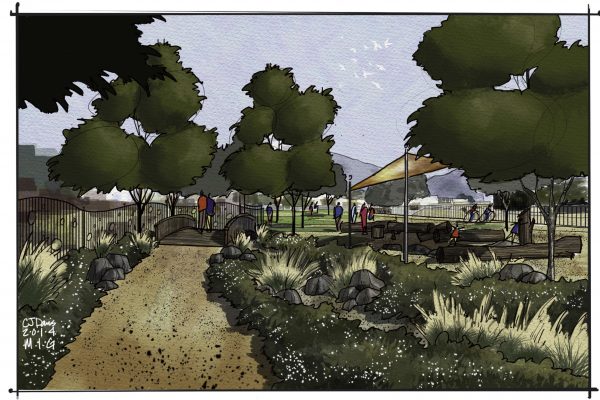 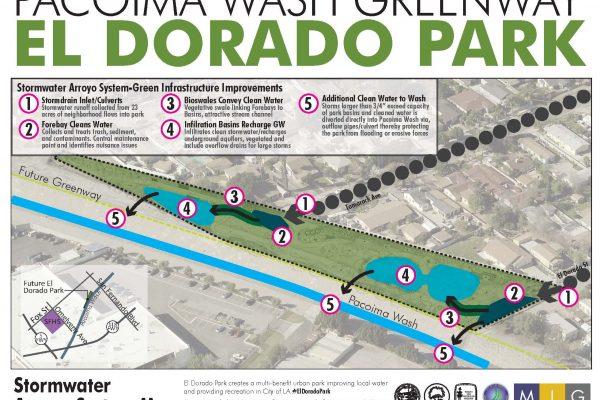 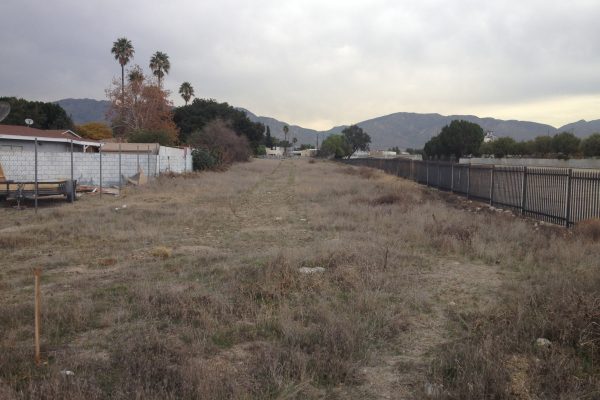 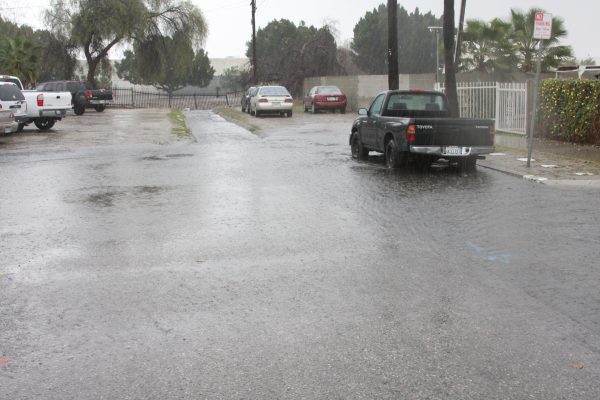 Caballero Creek Park will be located at the confluence of the Los Angeles River and Caballero Creek, the River’s only tributary stemming from the ecologically-rich Santa Monica Mountains. The project, which is a partnership between MRCA and the City of Los Angeles, will restore 1.5-acres of an asphalt lot into a multiple-benefit natural park. The design utilizes an innovative mix of low-tech mechanical and biological methods for watershed protection, including a bioswale and a small water treatment wetland. The park will operate with a net-zero use of potable water and energy consumption. From the new park, sidewalk and trail segments connect visitors to Marvin Braude Mulholland Gateway Park.

Caballero Creek Park’s water management technology will serve as educational tools that also recreate riparian habitat to infiltrate and naturally filter runoff from eleven acres of the surrounding streets. The wetland will create habitat, clean the water and store it on-site for consistent irrigation water supply.  These demonstrations of water capture and treatment will connect the public to California’s diminishing riverine ecology, in addition to cleaning and protecting local water quality along with its aquatic inhabitants. 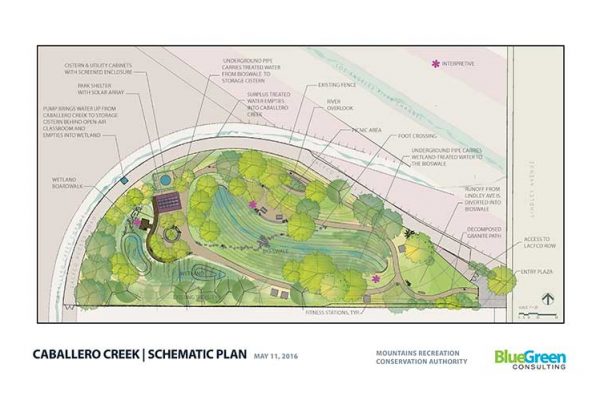 Built in 1995, Elysian Valley Gateway Park was the first park on the Los Angeles River, and quickly became a clear catalyst for other park and recreational projects on the river, and demonstrated widespread support for river restoration. Since the park’s opening, much has changed at the River, including the formalization of the maintenance road into a bike path, other River parks, and recreational activities in the river’s water. Land uses in the neighborhood have trended away from industrial and manufacturing to residential.

MRCA is planning a rehabilitation project that will update the park to reflect the current park and recreation needs of the community and provide full accessibility for all visitors. Community workshops were conducted to gather input for the desired park improvements and were then incorporated into the design.  The planned improvements include a gathering area offset from the bike path, a rain garden with cobbles and boulders, picnic benches, nature play elements, and native shade trees and plantings. A portion of untreated runoff from Knox Avenue will be diverted into the site to be cleansed and infiltrated, reducing non-point source pollution in the river. 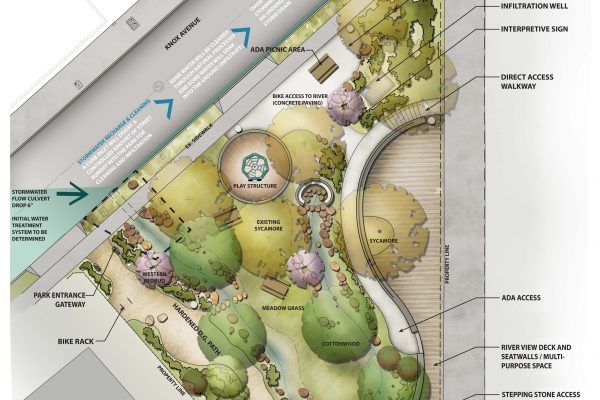 Within northeast Los Angeles, a series of hilltop areas extends between the eastern terminus of the Santa Monica Mountains and the southern terminus of the Verdugo Mountains. Many of these hilltop areas have been developed, but several areas remain undeveloped, either through public preservation of open space or unrealized development of private ownerships. Elephant Hill is one of these areas that remains largely undeveloped and presents an amazing opportunity for preservation. The land features pockets of native Walnut woodlands and 360° views of the San Gabriel Mountains, Whittier-Puente Hills and across to downtown Los Angeles.

In conjunction with community support, MRCA would like to see the entirety of Elephant Hill preserved for conservation and for recreation in an area of Los Angeles that is underserved by existing parks and open spaces. The MRCA has acquired a series of parcels that traverse the hill from east to west across Elephant Hill. The strategy for future acquisitions will prioritize hilltops, Burr Street, and street-ends. If these most valuable parcels were fully developed to the maximum allowed density, the relative size of potential open space area would be greatly diminished. 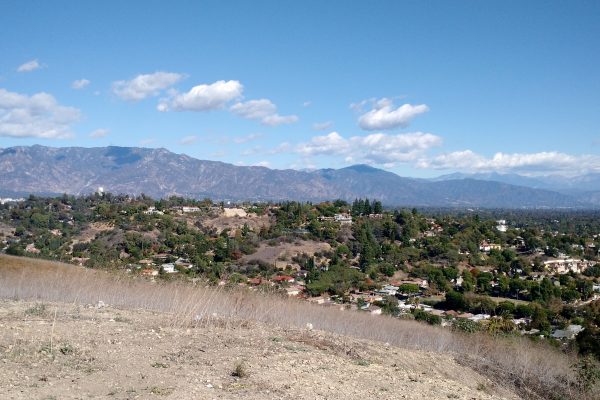 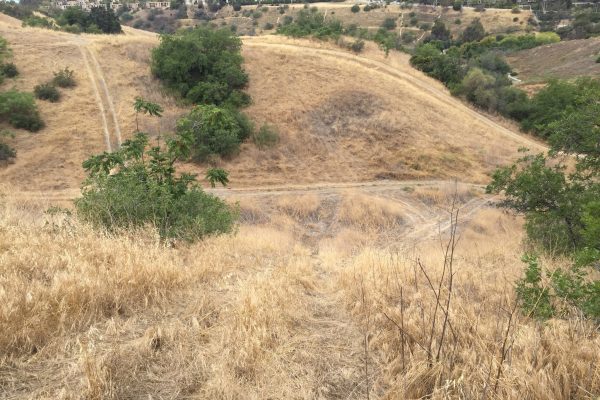 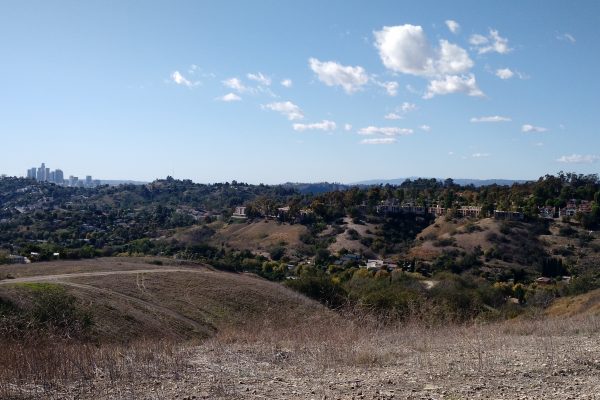 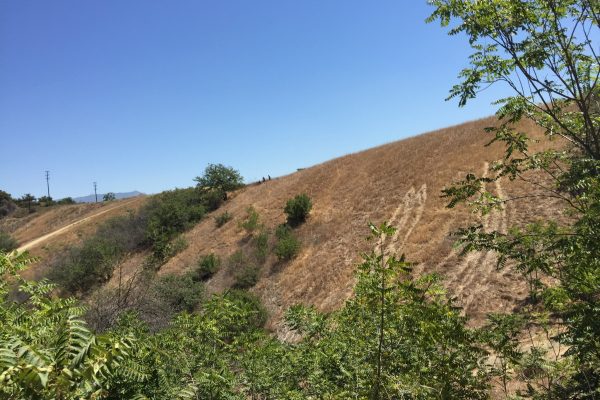 The Mission Canyon Regional Park project envisions formalizing a multi-benefit regional trail on a former 500-acre landfill. The landfill has been closed for over 50 years and its intended final use, after operation, was to be converted to open space and recreation purposes. To carry out that vision, the park’s improvements may include a 2.5-mile loop trail, fitness stairs, native planting, picnic tables, interpretive elements, off-street parking, restroom and other amenities. Mission Canyon offers amazing views of the Santa Monica Mountains, and eventually trails from the park will connect visitors with San Vicente Mountain Park and Westridge-Canyonback Wilderness Park.

For more information and to stay updated on the project, visit www.missioncanyonpark.com. 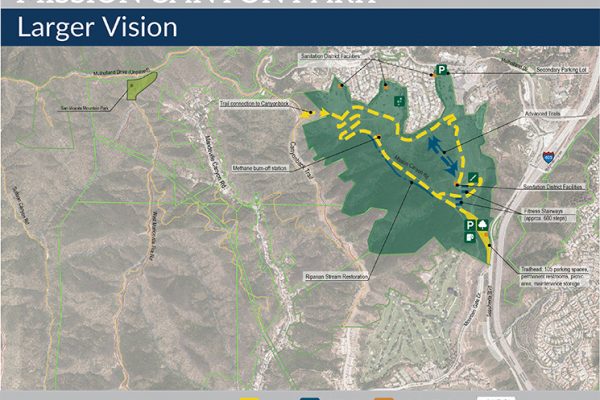 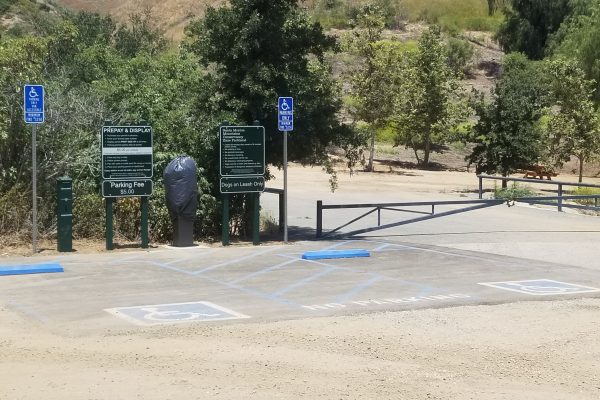 MRCA is continuously looking for opportunities to improve access to our parklands and amenities. All park improvements are designed and built to current standards so that visitors of all abilities can enjoy these places. Recent upgrades to accessibility include renovations at Wilacre Park, Sara Wan Trailhead at Corral Canyon, Mentryville, King Gillette Ranch, Bosque del Rio Hondo and Temescal Gateway Park. Opportunities to increase accessibility are under development at several additional locations.