The fifty five-mile Mulholland Scenic Parkway and Corridor is one of the most famous thoroughfares in the country. Constructed in 1924, twenty four-mile Mulholland Drive in the City of Los Angeles was envisioned by the famous Water Bureau Chief and City Engineer, William D. Mulholland, as a scenic road that would transport city dwellers to the mountains and beaches.

The winding route starts west of the 101 Freeway in Hollywood, and offers panoramic city, mountain and ocean views. Eight miles of the Scenic Parkway from the 405 freeway west to Woodland Hills remain unpaved, and are subject to closure. Mulholland Highway starts in the City of Calabasas and twists through the Santa Monica Mountains for thirty miles to Leo Carrillo State Beach. The MRCA maintains seven scenic overlooks on Mulholland Scenic Parkway.

Barbara A. Fine Overlook at the Summit
On the north side of Mulholland Drive, the developed overlook named for local conservationist, Barbara A. Fine, includes a large paved parking area and a short trail to viewpoints with a stunning view of the upper fork of Fryman Canyon, the San Fernando Valley, the Simi Hills, and the San Gabriel Mountains.

Nancy Hoover Pohl Overlook
Located on the north side of Mulholland Drive, the Nancy Hoover Pohl Overlook provides views of the San Fernando Valley, a 40-car parking lot, a physical fitness course, and access into the canyon trails below. The overlook is named in honor of Fryman canyon resident Nancy Hoover Pohl, who for more than 60 years fought to curb development in the Santa Monica Mountains and to create local parkland. Her efforts enabled the acquisition of Fryman Canyon Park which can be accessed from the overlook, Coldwater Canyon Park, and Wilacre Park. Nancy Hoover Pohl was also instrumental in the establishment of the five-mile Betty B. Dearing Mountain Trail, which is also accessible from the overlook.

Stone Canyon Overlook
On the south side of Mulholland Drive, the Stone Canyon Overlook was developed in 1994 with funds from the California Department of Transportation Environmental Enhancement and Mitigation Grant Program. The overlook features ample parking and a short ADA-accessible trail with views of the Santa Monica Mountains and the Los Angeles Department of Water and Power’s beautiful lake-like Stone Canyon Reservoir. On a clear day, the Palos Verdes Peninsula and Catalina Island can be seen from the overlook.

Universal City Overlook
The Universal City Overlook, located on the north side of Mulholland Drive, provides views of the San Fernando Valley and Verdugo Hills. Funded by a donation from Universal studios, it was built in 1984 concurrently with the Hollywood Bowl Overlook further east, to accommodate visitors to Los Angeles during the Summer Olympic Games. 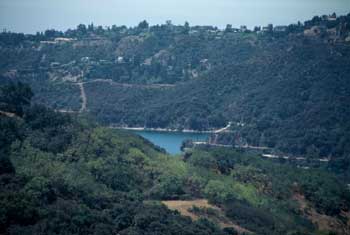 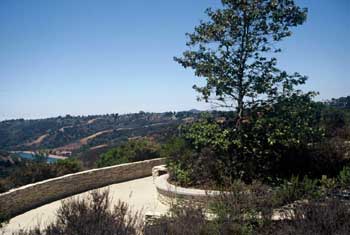 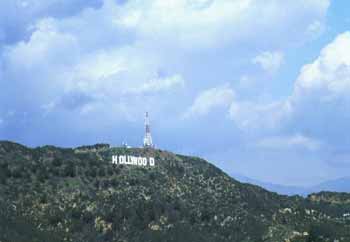 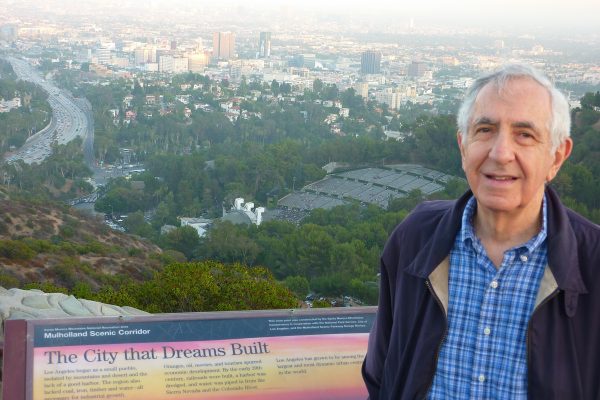 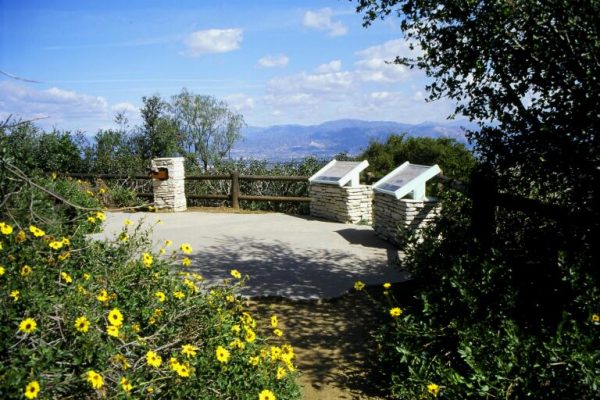 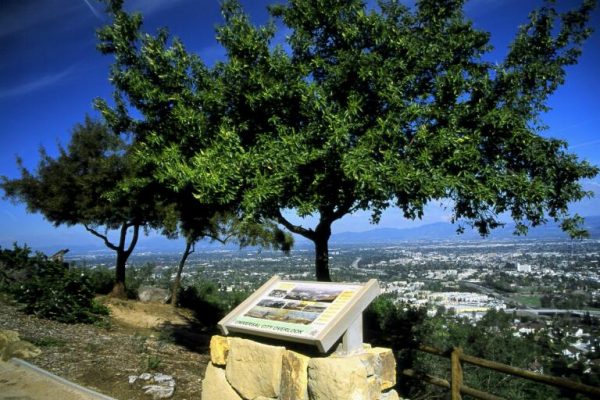 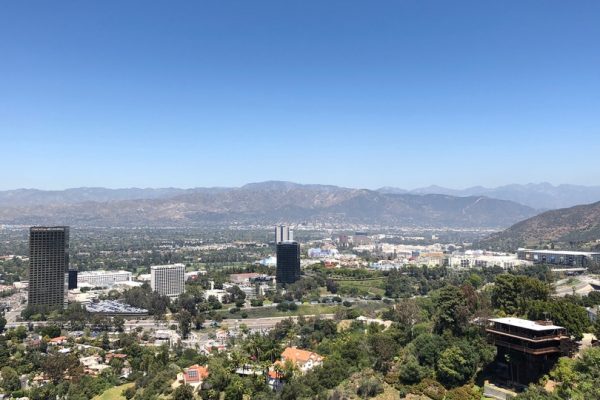 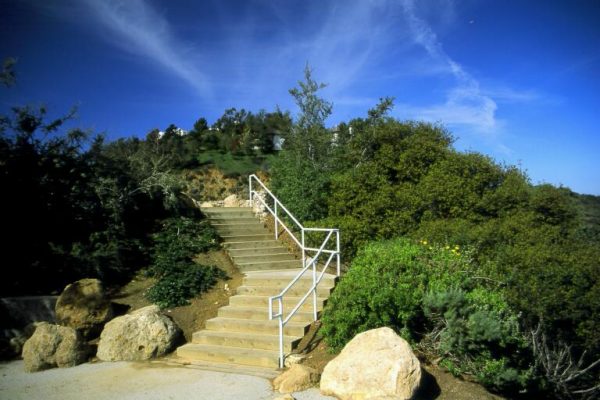 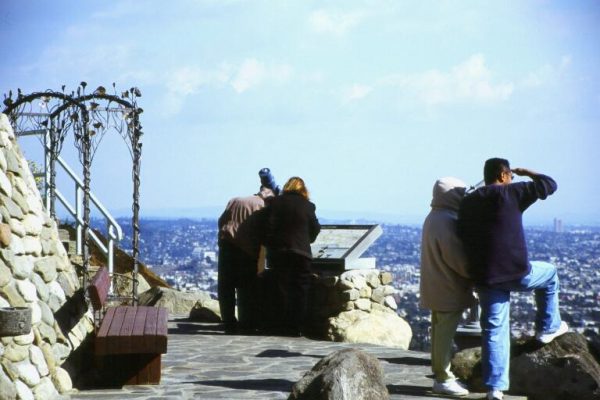 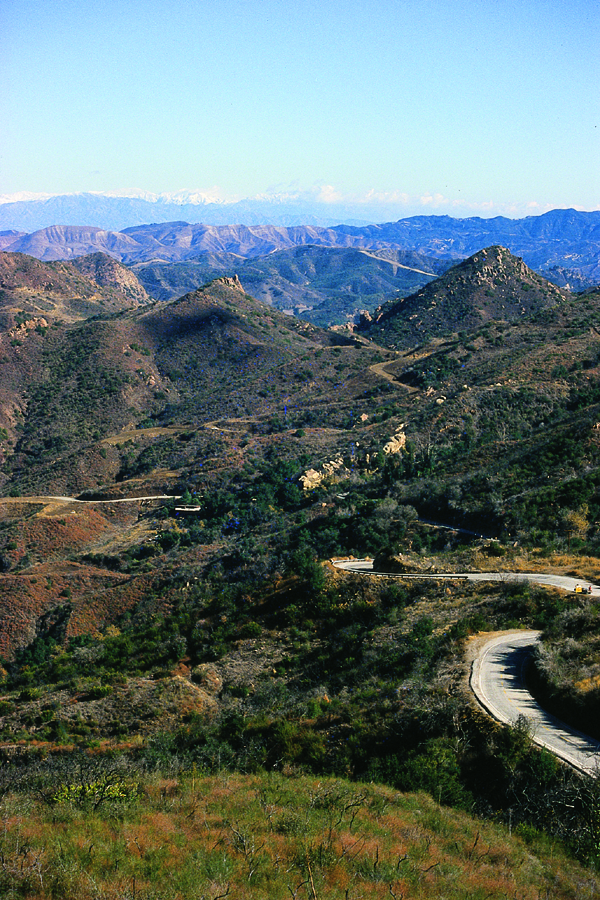 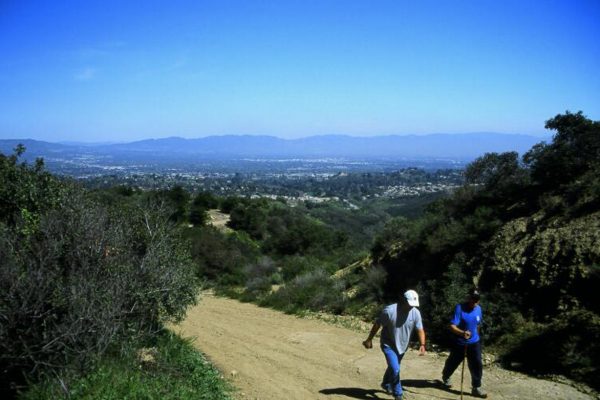 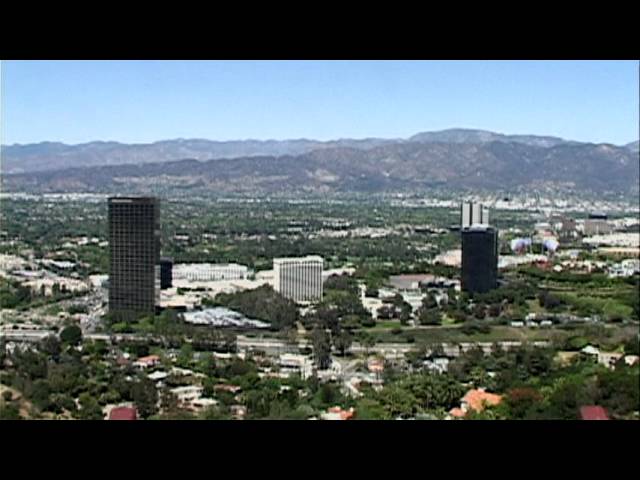