CHATSWORTH, CA (February 21, 2020) — The Mountains Recreation and Conservation Authority (MRCA) announced today that it has acquired and opened to recreational use a new 257-acre park in Browns Canyon in unincorporated Los Angeles County in one of the most vibrant wildlife habitats in the southern Santa Susana Mountains. The stunning Hidden Creeks parkland—which had, as recently as last year, been proposed to be developed into a gated community of 188 luxury houses—is located at the confluence of Browns Creek and Mormon Creek, two miles north of the 118 Freeway.

“It was imperative that we protect this land and not allow the footprint of development in the San Fernando Valley to extend into core, irreplaceable habitat,” said Joseph T. Edmiston, Executive Director of the Santa Monica Mountains Conservancy, which contributed $150,000 to the purchase. The vision of our State representatives, the California Wildlife Conservation Board, and Los Angeles County Supervisor Kathryn Barger created the best possible outcome for the public.”

The California Wildlife Conservation Board granted $4.9 million in Proposition 68 funds toward the final purchase price of $6.7 million.

“The Wildlife Conservation Board (WCB) is proud to be a partner with the Santa Monica Mountains Conservancy and the Mountains Recreation and Conservation Authority in the acquisition of the Hidden Creeks Ranch,” said John P. Donnelly, Executive Director of the Wildlife Conservation Board.   The continued ability to work with our partners in Southern California to provide wildlife-oriented recreation while preserving valuable wildlife corridors and biodiversity-rich landscapes, is something that WCB is honored to be a part of.”

Los Angeles County Supervisor Kathryn Barger was an early and vociferous advocate for acquisition of the parkland which abuts the Aliso Canyon Natural Gas Storage Facility at Porter Ranch where a massive natural gas leak occurred in 2015. The Supervisor contributed $1.6 million in County funds, as well as unwavering support critical to preventing inappropriate development of the property.

“It is an honor to join so many partners and community members as we formally dedicate the Hidden Creeks property as permanent open space,” said Supervisor Barger. “This is a significant resource for our local neighbors, as well as for the vast wildlife who call this land home. I’m so proud that as a community, we worked collaboratively toward our shared vision and we can now enjoy this incredible space together.”

The public parkland will now permanently protect threatened and sensitive habitat and species and provide immediate access to recreational trails. Los Angeles County Department of Parks and Recreation intends to develop its Green Ranch property just below Hidden Creeks with parking, restrooms, and equestrian facilities which will further public access to the new parkland.

“Southern California’s breathtaking open spaces are admired around the world— and they ensure that our precious wildlife can traverse a land they recognize as their own, said California State Senator Henry Stern.  “By protecting Hidden Creeks, we have chosen to treat our flora and fauna with the respect it deserves and prevented further urban development in high-risk fire areas.” 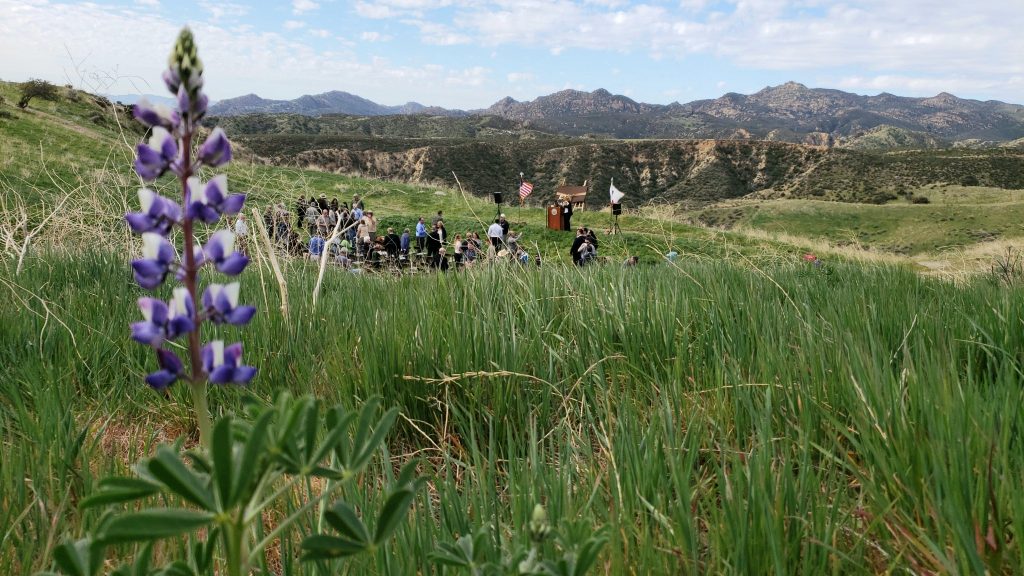