CASTAIC, CALIFORNIA (January 2, 2019)—The Mountains Recreation and Conservation Authority (MRCA) announced today that it had taken title to a significant donation of 226 acres of prime open space in north Los Angeles County near Castaic Lake in the scenic canyon that separates the south and north-bound lanes of Interstate 5 (I-5) as the freeway descends into the Santa Clarita Valley.  The property is part of a habitat linkage that allows wildlife to move under I-5 between the Los Padres and Angeles National Forests. The donation is one of the largest in the history of the MRCA.

“Interstate 5 creates an over 30-mile-long wildlife movement barrier across the mountains between the Santa Clarita Valley and the beginning of the Grapevine,” said Paul Edelman, MRCA Chief of Natural Resources and Planning.  “The donation land is vital for animals to safely cross that I-5 barrier because it leads into existing wildlife under-crossings.   This will also set the stage for conservation of additional land to the north.”

The donor, Neil Nadler, had owned the property for over twenty years and had developed plans for a business park and motocross tracks on most of the land.  However, biologists told him he needed to leave ample space for the wildlife corridor to the north.  Officially, the property is part of the Sierra Madre-Castaic Connection identified in the 2005 South Coast Missing Linkages Project.   Known as Marple Canyon, the property supports a mix of riparian vegetation types along a windy creek bed.  The slopes support grassland and coastal sage scrub. The California Department of Fish and Wildlife designates the property as part of an area with High Conservation Value.

” I am pleased and honored to be able to conserve this important portion of the Sierra Madre-Castaic wildlife linkage,” said Nadler. “Being an environmental advocate who understands how costly wildlife corridors can be, I’m especially grateful that I am in the position in my life to give back to our fragile ecosystem.  I also want to thank Kristeen Penrod of South Coast Wildlands, and the other scientists who helped me over the last 23 years understand the Marple Canyon’s highest and best use is for everyone to appreciate the beauty and function as a critical element in wildlife movement.”

Two years ago, Nadler helped the MRCA purchase an adjacent seven-acre parcel that contains a tunnel heavily used by wildlife beneath the south-bound lanes of I-5 and that allow animals to reach the new parkland.

The MRCA will name the new parkland for Nadler. 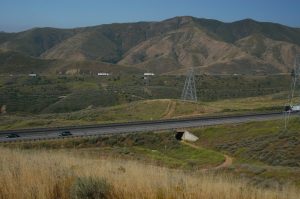 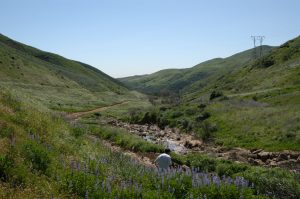 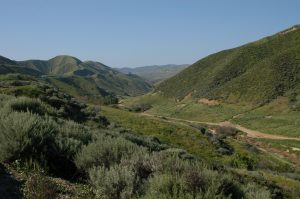 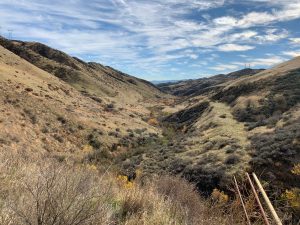